Spread over an area of 200 km² along the Bay of Bengal, Chennai is one of the metropolitans of India. The city stands apart from other metro cities due to having verdant green patches amidst the ultra-modern and raised dwellings. The city features numerous tourist attractions and Marina Beach in Chennai is supposed to be the second longest beach of the world. Along with that you can come across many good places to visit in Chennai. The establishment of Chennai dates back to 17th century. Its growth is the live example of how a city can develop. In 1639, two agents from East India Company acquired a piece of land on lease from king of Vijaynagar Empire to build a transit port.

As the business developed, nearby fishing destinations like Triplicane, Purasawalkam, Egmore and Chetput were merged to create an urban destination called Chennapatnam. Later on, it was renamed as Madras and finally it became Chennai in 1996. Chennai is one of the popular Metro cities of India, which enjoys a vibrant culture. The reason behind the cultural enthusiasm of Chennai is that it has been a focal point of Dravidian movements since ages.

Due to this movement, it has not developed like many of its adjoining cities. Despite this, Chennai has come forward in race and catching up with other IT cities, including Bangalore, Pune and Hyderabad. It is a city where tradition and modernism beautifully blend and makes your visit to Chennai an unforgettable experience.

Elliot's Beach is also recognized as ‘Besant Nagar Beach’ or "Bessie". It creates the end-point of the Marina Beach shore. The beach doesn’t offer much activities but it is an ideal place for long walks. It is a wonderful place to spend some moments in complete solitude.

St. Thomas Mount is a small hillock situated in close proximity to Chennai International Airport. A shrine dedicated to Mother Mary was constructed on top of the mount in year 1523. From the top of the St. Thomas Mount, one can enjoy the panoramic view of Chennai city.

Spread over an area of 2.70 km² in protected area of Tamil Nadu, Guindy National Park is home to a different variety of flora and fauna. It is the 8th smallest National Park in India and one of the few national parks sited within a city. You can spot here rare various animals including, Spotted Deer, White Buck, Bonnet Monkey, Indian Antelope, Small Indian Civet Cat, Jackal, etc.

San Thome Basilica is a Roman Catholic minor cathedral in Chennai. It was constructed in the 16th century by Portuguese explorers. British restored it as a church with the status of a cathedral in 1893. That version of the church is still preserved here. It is an important place to visit in Chennai.

It is a Hindu temple, which is dedicated to Lord Murugan. The temple was restored in the 1920 and a Rajagopuram was also built. The temple is becoming popular day by day, which is happening because of the support of cinema stars.

It is the seat of the Chennai Corporation. The building features a fine pattern of the neoclassical style of architecture, an amalgamation of Gothic, Ionic and Corinthian. The building is rectangular (85 X 32 meters) with a 43 meters central tower having a clock.

Earlier identified as Ice House or Castle Kernan, it is an important place for the Ramakrishna Movement in South India. At this place, Swami Vivekananda stayed for 9 days on his Madras visit in 1897. The building is maintained by the Ramakrishna Math of Chennai and works as a place of inspiration for huge number of people.

It is a multi-domed mosque in Chennai and is one of the biggest mosques in India. The mosque is an honored place of worship for Shia. It was constructed in 1810 by Nawab Umdat-ul-Umrah.

Best Places to Visit in Chennai

Chennai is the capital city of Tamil Nadu, which creates a lush green space for its visitors amidst state-of-the-art dwellings. It is the 4th largest city of India offering a number of sightseeing places. Along with its tourist attractions, Chennai allows you exploring its art, cuisines, natural setting and cultural atmosphere. From below written article, you will get the information about things to visit in Chennai. Explore about tourist attractions in Chennai with us.

A serene & stunning place that is a perfect blend of golden sand, unsoiled backdrop and sparkling clean blue sea, Marina Beach is something to experience with all of your senses. Located on the eastern side of Chennai, adjacent to Bay of Bengal, Marina Beach offers you incredible setting to enjoy mesmerizing sunrise and sunset. Apart from visual beauty, you can get the chance of entertainment with beachside food stalls and activities.

Built in year 1640, it was the first fortress of British in India that has maintained its huge walls with twisted heavy iron gates & deep moats. The place has been converted into seat of the State Legislative Assembly. Within the fort, Fort Museum, St. Mary's church, Town Hall and The Flagstaff are worth visiting.

Built in 1976 as a tribute to Tamil poet Thiruvalluvar, The Valluvar Kottam is the replica of an ancient Tamil architecture that has been adorned 1330 verses on its panels.

It is a modern planetarium with a seating capacity of 236 and a part of Periyar Science and Technology Centre at Kotturpuram. You can enjoy the life of celestial phenomenon completed with extraordinary effects. The planetarium also carries out the astronomy courses on night observations on second Saturday of each month.

It is a center of dance, music and arts that was established by Rukmini Devi in the year 1936. Sited at Thiruvanmiyur, Kalakshetra is the originator of various fine proponents of the Bharatnatyam and other Carnatic dance tradition. Following the traditional Gurukul system of education, this place allows the students studying their favorite art amidst the refreshing wind, verdant ambiance and the natural music of birds.

This museum features a stunning archaeological section classified into major South Indian dynasties named Chola, Vijaynagara, Hoysala and Chalukya. Government Museum is also known as Madras Museum. It boasts of a bronze gallery having excellent collection of Chola Art. You can also see here an outstanding collection of Mughal, Rajasthani and Deccan artworks.

Placed on the immense stretch of the banks of the Adyar estuary, Theosophical society was established by Madame H.P. Blavatsky and Col. H.S. Olcott in year 1875. Far from the chaos, this place features Adyar Banyan tree, Library and Theosophical Research centers that you can visit during your stay here.

Kapaleeshwarar Temple is one of the holiest shrines in Mylapore, Chennai. The temple was constructed during the 7th century CE in Dravidian architecture. It is a temple of Lord Shiva with a grand Spire called as ‘Gopuram’. There is a huge tank on its west. The temple and the tank offer charming views of surroundings.

Parthasarathy Temple happens to be the oldest temple in the city. It is an 8th-century temple mainly dedicated to the Lord Krishna. The temple was initially built by the Pallavas and it has five of the incarnations of Lord Vishnu, including Lord Narsingh, Rama, Varadaraja, Ranganathar and Krishna.

March to Mid-June, warm and humid 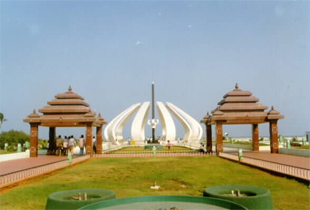 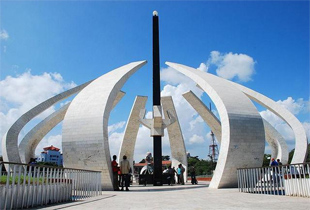 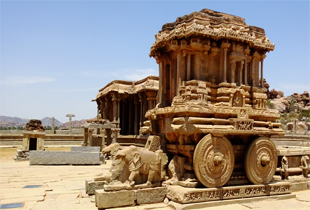