Founded during the supremacy of Lodhi Dynasty, Ludhiana is an important city of the state of Punjab. According to the legends, Lodhi Chief Yusuf Khan and Nihand Khan were appointed by Sikander Lodhi to regulate the region. Their army fixed the site of Ludhiana across the River Sutlej. Initially, the city was known as Lodhi-ana that means Lodhi's. Afterward, it was renamed as Ludhiana. Located on National Highway 1 connecting Delhi to Amritsar, Ludhiana is one of the richest cities in Punjab. The city is located on the old bank of Sutlej River, which is 13 km south of its present route.

It is part of the Malwa region of Punjab and serves as the headquarters of Ludhiana district. On the northern side, river Sutlej separates the city from Jalandar. Ludhiana is mostly popular for being the largest city in the state of Punjab, which is spread over an area about 310 km². It enjoys an average altitude of 244 meters and landscape of the city typically enjoys the weather of plains. Ludhiana is an industrial hub of North India and BBC referred this as India’s Manchester due industrial developments. It is home to about 8 large integrated knitwear factories, about 6,000 average sized knitwear factories and 100 of woolen yarns.

It is also a hub of various manufacturing companies. Along with trade and industries, Ludhiana is equally popular from tourism point of view. There are a number of tourist places that one can come across on their holiday trip to Ludhiana. The place is a wonderful tourist destination where a number of tourists come mainly in tourist season. Read the Ludhiana tour guide to know about the best time to visit, tourist attractions of the city and how to reach Ludhiana. The moment you reach Ludhiana, you will come across a number of important places to see in Ludhiana and enjoy!

Ludhiana is the largest city of the state of Punjab, which boasts of being a popular tourist hub and trade city. It features both the historical and religious centers that attract tourists from all across the world. There are numerous important tourist places to visit in Ludhiana. Explore about them in detail:

Located at a distance of 7 km from the main city, Hardy's World is an amusement park in Ludhiana. It is an ideal place for arranging theme parties, enjoying joy rides and indulging into water sports to the visitors. It also offers ice-skating and snowfall. This is the 3rd largest Indoor snow city of India. People from different age groups come here for fun.

It is a 500 years old fort that was constructed by Sikander Lodhi during his rule on the plains near River Sutlej. Most of the parts of this fort are in ruins today. However, it attracts a number of tourists to come and explore.

Phillaur Fort is one of the prime historical attractions of Ludhiana. This 19th century fort is situated in the Phillaur town of Ludhiana. This superbly constructed fort is said to have been planned by Dewan Mokham Chand under the supervision of an Italian architect. At present, it is used by the Police Academy of Punjab.

It is a well-known and beautiful recreational spot in Ludhiana for enjoying picnics. It offers a mini train ride to both the children and adults. The garden appears stunning due to its well-maintained greenery and open space and turns into an ideal place to spend quality time with family.

Ludhiana is home to various museums housing different collection of things and information that will suggest you the great heritage of the city.

Founded in year 1962, Punjab Agricultural University Museum is popular all across the world. It is situated in the outskirts of the city and is modeled on the Land Grant of America. The museum organizes a fair called Kisan Mela every year.

Founded by Khushwant Singh on 26th April, 1974, Rural Museum is situated in the campus of Punjab Agriculture University. The museum expressively portrays the rural lifestyle of the Punjab and its beautiful culture at the best. There is a 100-yards long path, which is bordered by water channels on both the sides. The finely carved doors of the museum are simply amazing and its interior also has four sections. The museum has a collection of Harappan pottery, coins, various house-hold equipments and musical instruments like drum, Sitar, Sarangi and more. The museum also displays Punjabi outfits. One can see here a great collection of traditional handicrafts and artistic collections.

Maharaja Ranjit Singh War Museum was set up in year 1990 to create common understanding about the defense services. The purpose was not only to serve the country, but also as a symbol of national integrity. The light and sound hall of the museum organizes shows demonstrating the beautiful history of the place.

Religious Centers to Visit in & around Ludhiana

There are several religious and spiritual attractions nearby Ludhiana that you can explore on your visit to this city. Explore the following lines to get familiar with those tourist attractions.

Located at a distance of 35 km from Ludhiana on Charan Kamal Road, Gurdwara Charan Kanwal Sahib is a famous sightseeing place near Ludhiana. It is the place where Guru Gobind Singh had water and small sleep. He had relaxed here while fighting against the mighty Mughal force. At this place, a religious fair is organized every year to celebrate the memory of the saint.

It is another significant religious attraction in Ludhiana, which is located 38 km away from Ludhiana. The site is dedicated to the Sikh saint - Baab Nand Singh Kaleranwale.

Located 10 km away from Ludhiana, Gurudwara Shrimanji Sahib Alamgir honors the place where Muslim devotees Nabi Khan and Ghani Khan gave shelter to Guru Gobind Singh for safety during the battle. It stands as a symbol of religious brotherhood that was obvious during the medieval era.

Also known as Sarai Doraha, the mosque was built during the supremacy of Emperor Jahangir. It is dedicated to Kamal-ud-din Khan. The mosque is a two storied rectangular shape building with big rooms having verandahs on all the sides. These rooms are adorned with brick carvings and colored tiles. The mosque gets a magnificent look due to its double pear shaped domes. The doors are adorned with colorful tiles and complex brick carvings.

LIt is a popular holy shrine situated to north-west of Ludhiana. It is also famous as Abdul Kadir Galani. The shrine attracts both the Hindu and the Muslim pilgrims./p>

Positioned over a big space of 30 acres, Nehru Rose Garden is a beautiful place to visit in Ludhiana. It is located in the Civil Lines area of the city. The garden also serve as an open ground for people going to take morning and evening walks, doing exercises and enjoying few priceless moments of relaxation. The garden features more than 17,000 plants, including 1,600 varieties of roses, along with various fountains. In this garden, a Rose Festival is organized every year that attracts a number of visitors.

Located about 6 km away from the city center on GT Road (Ludhiana-Jalandhar Highway), Tiger Zoo is mainly known for being home to variety of majestic tigers walking freely in their protected jungles. It is also known as Ludhiana Zoo or Tiger Zoo. Tigers in the zoo should be watched from a distance through the bus trip organized by the company running the safari. It offers a thrilling sight to the viewers. People come here to enjoy exciting tiger safari.

March to Mid-June, Pleasant and beautiful 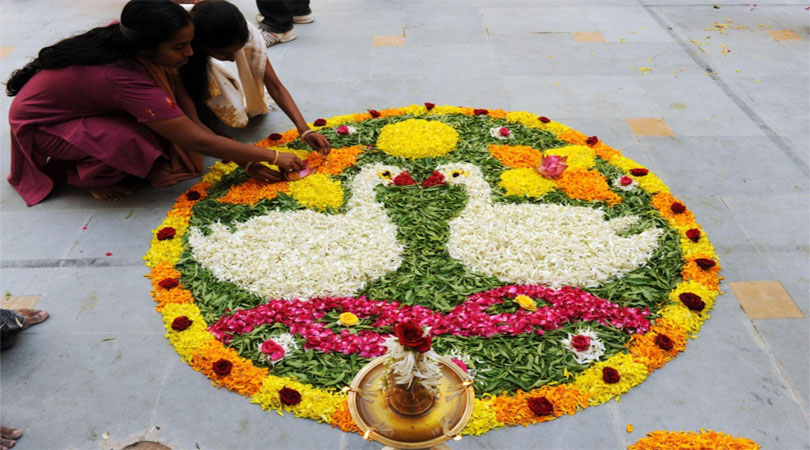 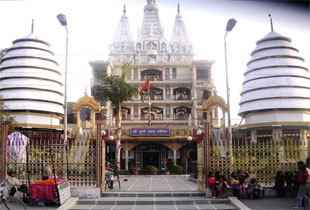 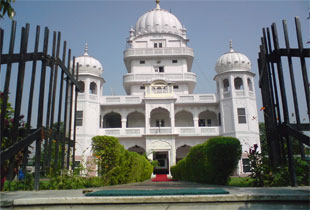 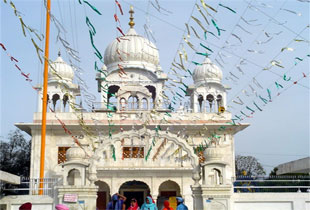